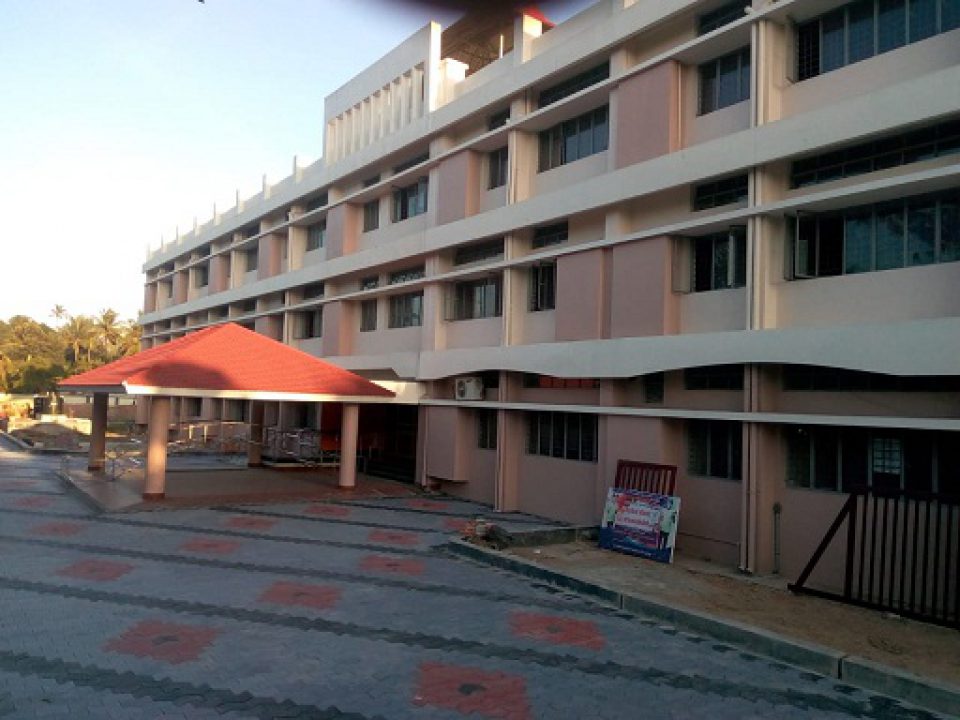 The programme was inaugurated by our Principal Sri.Sreekumar M N.

The entire programme was very nicely anchored by Adheena S Farhan and Sivanandana Rajesh of Class VIII with wonder facts on everyday.  The first day, there was a speech on importance of reading in the present scenario by Achsa of Class VIII followed by a skit by Class VI. 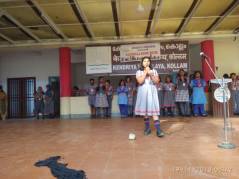 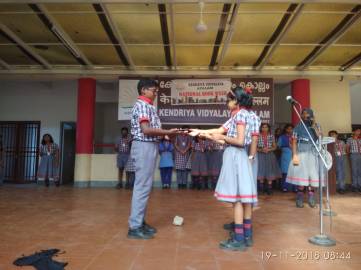 The second day, a book review of Charlie and the Chocolate factory by Roald Dahl was beautifully presented by Keerthana of Class VIII. She had given a brief description of the author and the book. The characters of the book Oompa Loompa were also presented nicely through a dance by Krishnapriya, Lekshmipriya and Saira of class VIII. 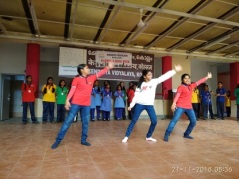 The third day, there was a skit by primary children Class IV. The fairy tale Rapunzel was presented in the form of a skit. 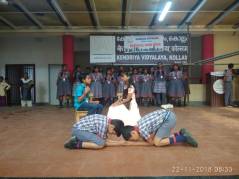 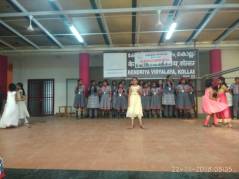 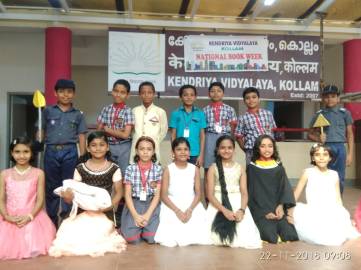 The fourth day, there was a presentation of The Diary of an Young Girl, Anne Frank by Arsha of Class VIII. Mehr of Class I dressed up like Ann Frank. 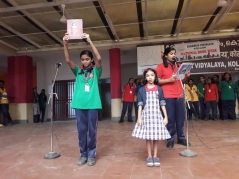 The fifth day, there was a declamation by Adheeja S Farhan of Class VI. She presented the speech that Malala Yousafzai delivered in the Nobel Peace Prize Award Winning ceremony. The cover page design of I am Malala done by Nirupama S R of class VI was also displayed in the assembly. 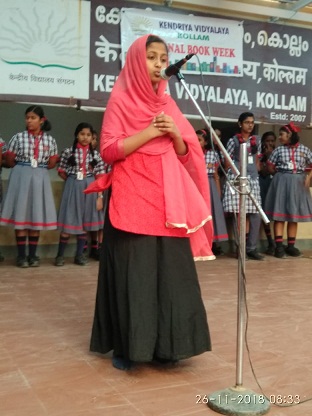 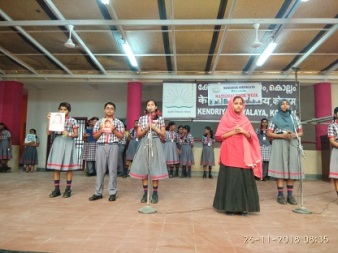 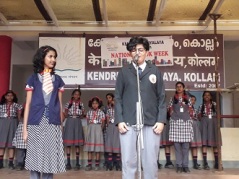 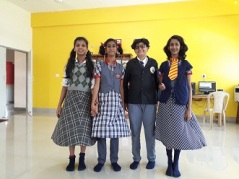